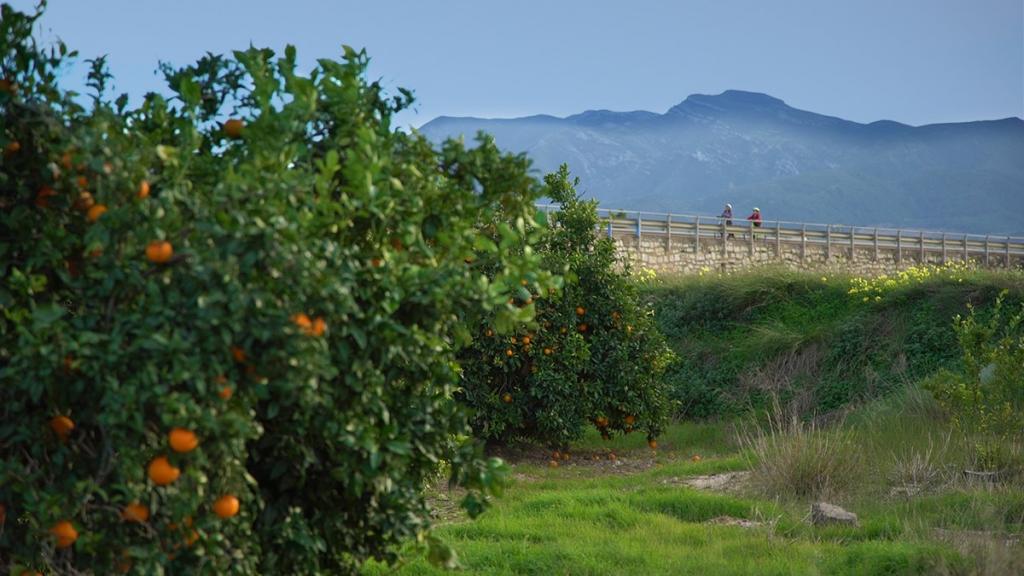 I was born in the Netherlands in my memories all winters are cold, dark and grey. As a child, we received deliciously sweet tangerines and oranges in December, and they told us they were from Spain, though I didn’t yet know exactly where it was. Somewhere in southern Europe. It had something magical, something exotic, and it was a long journey to get there.

A few years later and now I live in the orange capital of Valencia.

I can even smell the orange blossom on the city streets where it’s used for ornamental purposes.

To see the real orange fields, you have to leave the city.

To the north, along the coast towards Nules and Castellón, where “la Plana” adds colour to the endless green of all orchards; last year we went cycling with the children. 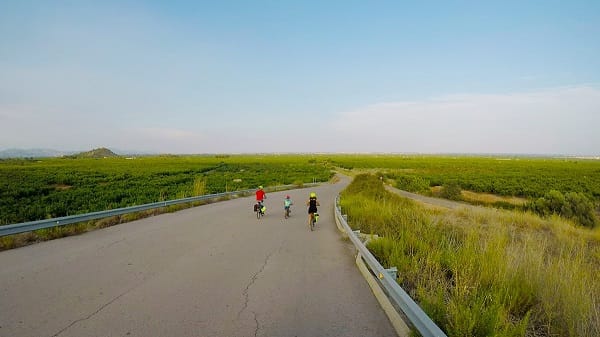 We’re now looking for a similar experience. This time south of Valencia.

It was winter and the sun was shining. A good day for a family outing.

Our aim for today was a trip through the “Ribera de Xuquer”.

In Valencia we got on the train to Sueca with our bikes, where the flat horizon of endless rice fields gives way to slightly steep slopes, and there is the River Júcar.

We crossed the river at a beautiful arched bridge in Sueca and continued our way along a gravel path through the dike. There it was wonderfully tranquil; it reminded me of the Netherlands, where you can also cover the river on a bike, passing through orchards. Even the apples here are of a different colour: orange!

In winter they stand out against green leaves and pale blue sky.

Lo and behold, it was the “exotic Valencia” of my youth! 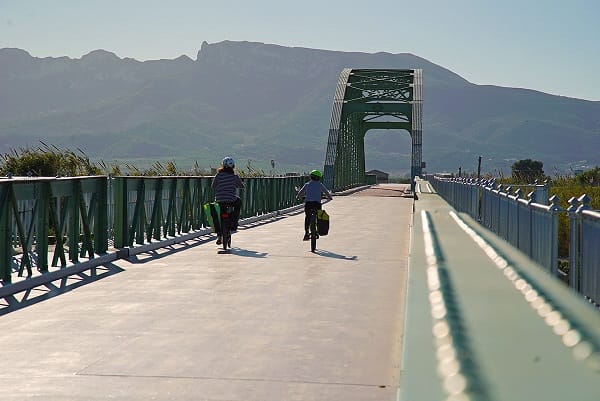 The image was completed when I saw the leaves of the palm trees rise above the oranges. There’s a couple of small palm forests that look like a miniature tropical forest.

Later, the play of colours became even more colourful. We pedalled through long orchards full of almost fluorescent red persimmons.

We saw a town in the distance, across the river. But appearances are deceptive. In Riola, there’s a strange bend in the river, and without having crossed the river you suddenly go through old houses to the town any bar in town is a great place to stop

On the outskirts of Riola is the “weir”, a sort of dam in the water with little waterfalls. In summer you can go canoeing, and it’s also a pleasant place in winter.

The children (and we) had a lot of fun in a playground that had all the “zip lines” you could possibly want. From the swing I could see the whole river. 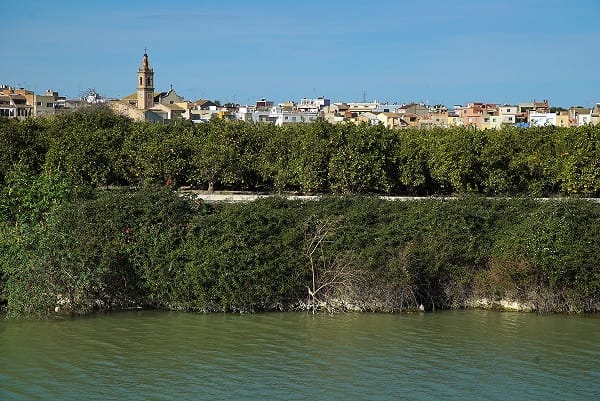 We followed the dike, passing towns such as Polinya de Xuquer and Albalat de la Ribera. The trees were heavy with fruit, a beautiful sight.

Before returning with the train at Algemesí we received a map in the Tourist Information Office which showed many more bike rides along the Ribera.

We’ve already seen our next expedition, which is just as beautiful: along the banks of Júcar through Antella and Sumacarcer to the Tous reservoir, high in the mountains 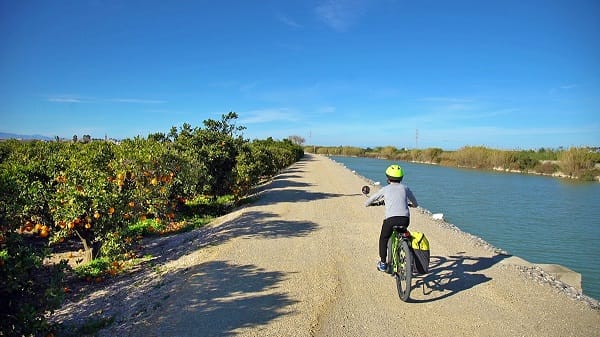 Cycle Tourism routes across la Vall d'Albaida
Bicycle tourism through “exotic Valencia”
The Alto Mijares, an autumnal paradise for lovers of mountain biking
The responsible and safe cyclist
Testing a Gravel bike through the Caroig massif
Eurovelo 8 Region of Valencia