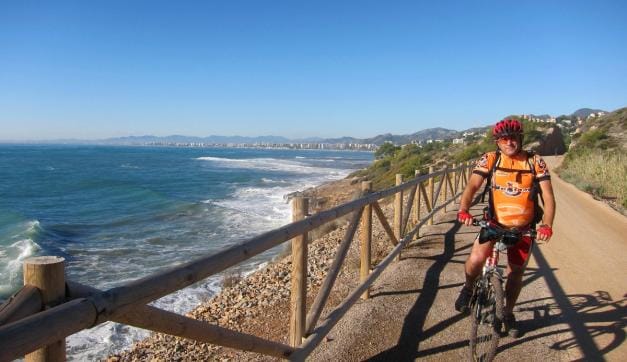 Until the railway came, Benicassim was a group of homes and country houses, with scarcely any business and a subsistence economy. When the Marqués de Campo built the Valencia, Tarragona-Barcelona line, the third railway on the Peninsula, the town grew economically and in size, to such an extent that the tracks divided the town.

The new route in 2004 freed the city from the train tracks, and the old dismantled platform became a spectacular greenway next to the sea. The initial route can be continued along the entire coast, even to Peñíscola, since this section is joined to the Costa de Azahar Mountain Biking Centre, and links Del Mar Greenway to the Prat de Cabanes and Sierra de Irta Natural Parks. This makes for a beautiful route along the northern coast of Castellón, travelling through two protected spaces in an almost unaltered state. The route can be combined to return with the current railway from Peñíscola, Torreblanca or Benicassim stations.