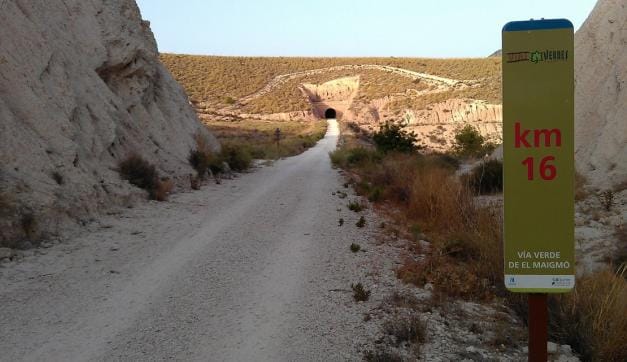 Built during Primo de Ribera's dictatorship on complex orography, this railway posed a challenge to engineers at the time. Infrastructure work was completed in 1932, but the Civil War put a halt to it and the tracks were never laid. Reports from the 1960s dismissed lengthening it, and in 1984, the old platform was used for other purposes.

The Greenway covers a surprising landscape, full of contrasts, from the Agost depression to the Maigmó mountains, with impressive watercourses, ravines and highly-eroded gullies. Patches of Mediterranean forest dot the route. There is a certain incline, reaching an altitude of 440 m, between the 220 m in Agost and 660 m above sea level in the port of Maigmó.