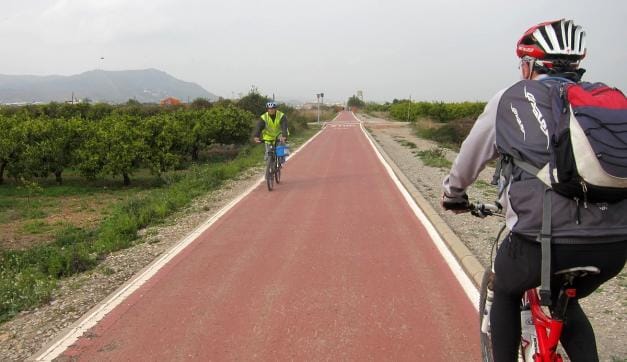 In 2014, the necessary adaptations to make it a Greenway were made to the old railway route that joined Llíria and Valencia. This section, passing through the municipality of Benaguacil, had been in disuse.

The course begins at the old Llíria train station building, and ends in Molinet, an old Benaguacil halt, near the paper factory. This location has a rest area, trees to provide shade, tables and bicycle parking.

The route winds through orange trees and agricultural crops, as well as the traditional Valencian landscape, bordering the banks of the Túria River. This route, which has yet to be signalled and prepared as such after the Greenway ends, can easily be continued on agricultural paths until reaching the Túria Natural Park and connecting to the city of Valencia. Moreover, this natural corridor provides the possibility of using the metro to return to the starting point.