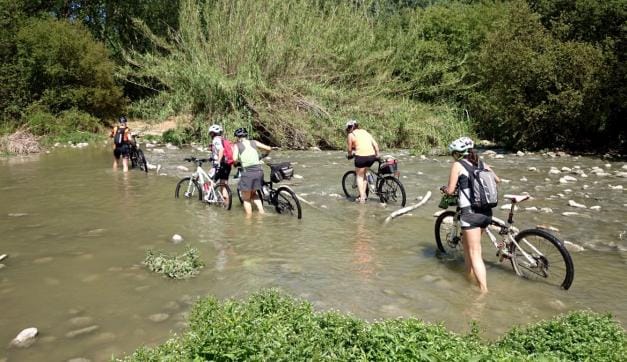 The El Comtat Mountain Bike Centre was the first inaugurated in the Region of Valencia, and set the path to be followed by the other centres. Its welcome point is found in the Albergue del Serpis (Serpis Lodge), near the towns of Cocentaina, Muro and Alcoi. It is easy to access the Serpis Greenway from the Mountain Bike Centre, which connects Alicante's interior with the coast. The routes offered run through the mountains surrounding the Serpis River section, before entering the Estret de l'Infern, the only pass possible toward the sea and coastal plains.

The most demanding routes go up to the anticlines, and then exit to the river canyon. They continue over the slopes, without descending, or descend to other interior valleys such as the Vall del Vernissa, the Vall de Gallinera and the Vall d'Alcalá, where towns of Moorish origin appear to have never aged, stuck in time. Another 176 km was added in the year 2015 to the initial 255 km, which increased outing possibilities with a new information point located in the San Vicent hermitage, in Agullent. These new routes connect the El Comtat Mountain Biking Centre with the Vall d'Albaida and the Caroig Mountain Biking Centres.