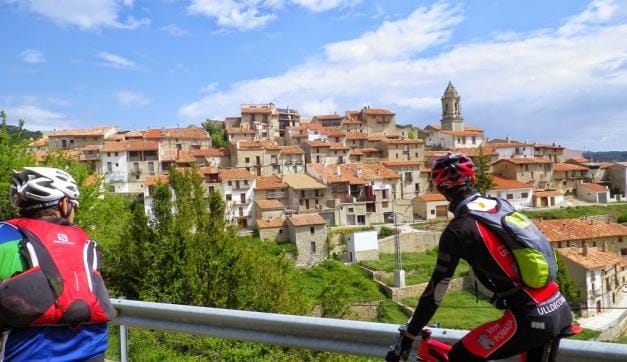 The Way of El Cid is a touristic, athletic and cultural itinerary that traverses Spain from Burgos to Valencia, connecting the historic footprints left by Rodrigo Díaz de Vivar, known as El Cid Campeador.

The narrative thread for this journey is the Cantar del Mío Cid (The Song of my Cid), an epic medieval poem telling the adventures, battles and banishment of the mercenary knight.  The sites, villages and castles cited in the work are the main focus of the Way of El Cid, as well as other places not mentioned in the Cantar, but that are related to the historic character.

The route is 3,400 km long, stretching along roads, paths and motorways, divided into eight thematic inter-connected routes. Of all the thematic routes, two of them cross the Region of Valencia: The Ruta de la Conquista de Valencia (Conquest of Valencia Route) and the Ruta de la Defensa del Sur (Defence of the South Route).  They both have two versions:

This thematic route has two well-differentiated parts. The first is the section between Cella (Teruel) and Jérica (Castellón), where we find villages of historic interest, separated by extensive juniper groves, the Palancia River valley, the Barracas plain and the fantastic descent to the houses of Ragudo.

The second part, which uses the Ojos Negros Greenway until joining the Vía Augusta, winds along peacefully, with a gentle descent until it reaches the sea. It was the platform for the old mining train and the Huerta of Valencia. It comes to an end in the city of Túria, passing through Sagunto and Puig de Santa María.

A path brimming with contrast, from the highly humanised coastal plains to the less inhabited southern mountain ranges. The path skirts La Albufera and La Dehesa de Valencia until reaching Alzira, passing through Algemesí in the Ribera del Júcar. It reaches the historic city of Xátiva, crossing the Vall d'Albaida through Ontinyent and Bocairent, at the foot of the Mariola mountain range. The Banyeres castle is the first fortress of Almohad origin crossed by the route. Following this same line of defence, the route takes visitors to the Biar, Villena, Sax and Petrer castles, until reaching Orihuela. Before reaching Orihuela, however, we cross the Palmeral de Elche (Palm Grove of Elche), declared World Heritage.